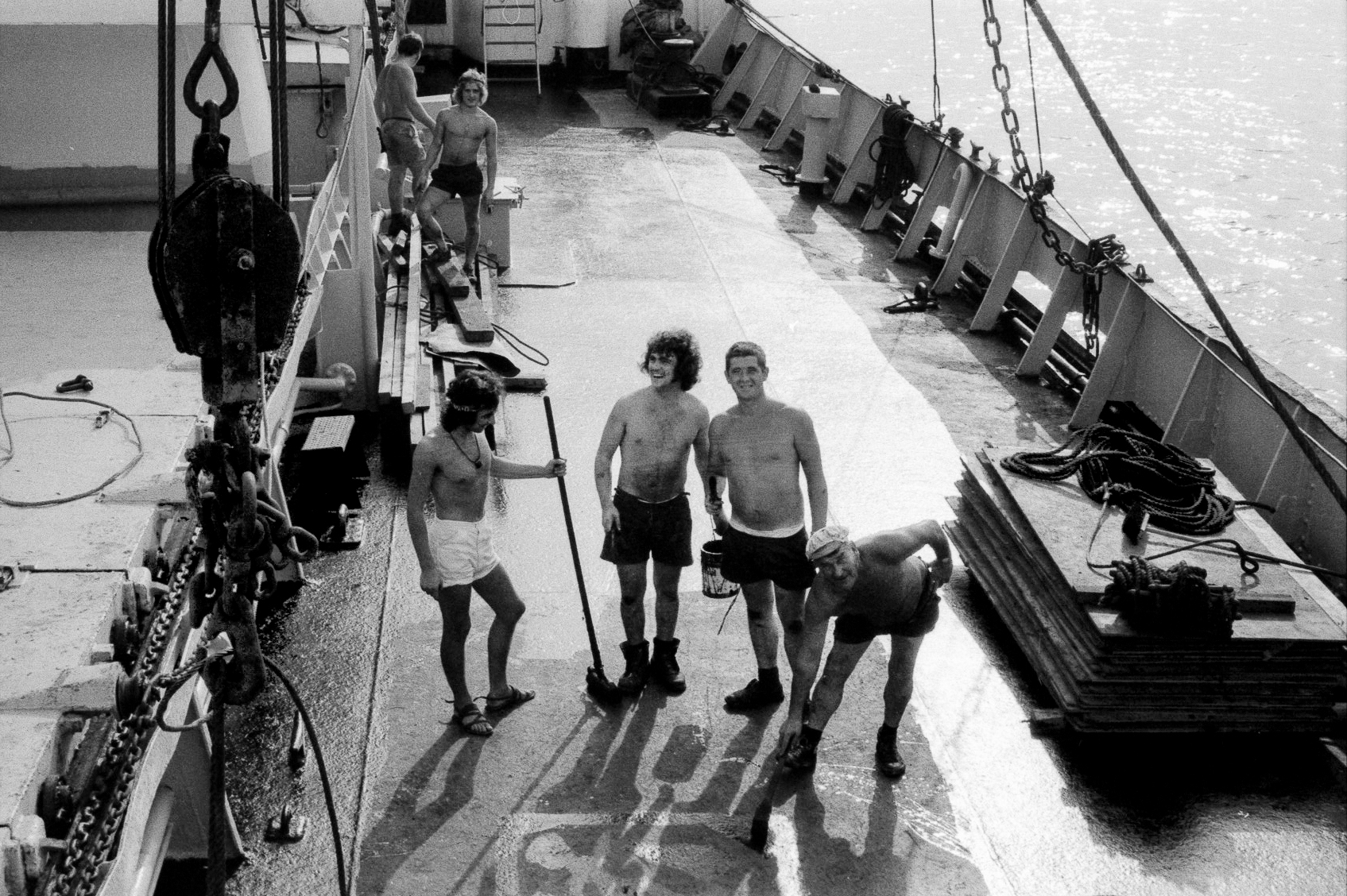 George Levantis’ placement on container ships operated by Ocean Fleets Ltd, was mediated by the Seafarers Education Service (SES). The SES had already placed a number of artists on Ocean Fleets’ ships, who had offered drawing and painting lessons to the crew. However, the attitude towards the artist’s role on board differed significantly between the APG and the SES and Ocean Fleets: while APG did not want to specify the activities during placements in advance, the SES and Ocean Fleets expected the artist to give the usual art classes to alleviate the boredom of the crew during long sailings.

In October 1974 Levantis, who himself came from a seafaring family, embarked on a two-month trip on the container ship ‘Tokyo Bay’. Two more trips to the Ivory Coast and to South-East Asia followed. Impressed by the vastness of the sea and the sky, which stood in stark contrast to the spatial limitations on the ship, he documented his experiences and observations in drawings, diary entries and photographs, ultimately developing the installation “Pieces of Sea Fall Through the Stars”. On board, Levantis was repeatedly confronted with finding his own position in relation to the strict hierarchical structure of the crew and having to navigate his way through it. Although his artistic activity was initially met with a level of incomprehension, he managed to build up a relationship of trust with the sailors, helping with everyday tasks and spending the evenings in the ship’s bar. However, on the last trip, serious tensions arose when Levantis, contrary to the expectations of the ship’s captain and passengers, refused to give art classes. The conflict adversely affected Levantis’ relationship with the rest of the crew. Reflecting on the whole experience, a representative of Ocean Fleets said that the presence of an artist was indeed well received, but had no lasting effect on the company, noting: “If we had wanted some kind of sociologist aboard, I’d have hired a sociologist.”